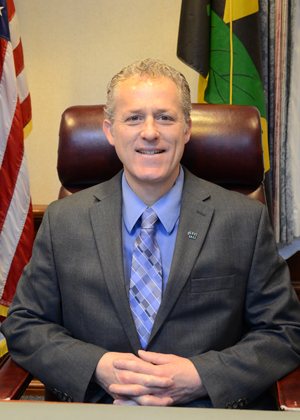 Commissioner Weems is a businessman with over 29 years of experience. He received his bachelor of science degree from Frostburg State University. Commissioner Weems operates Wemyss Liquors in St. Leonard, the oldest family-owned liquor store in Calvert County. He has been an active supporter of many charitable athletic and educational organizations and activities throughout Calvert County.

Commissioner Weems resides in St. Leonard with his wife and family.