Board of County Commissioners (BOCC) 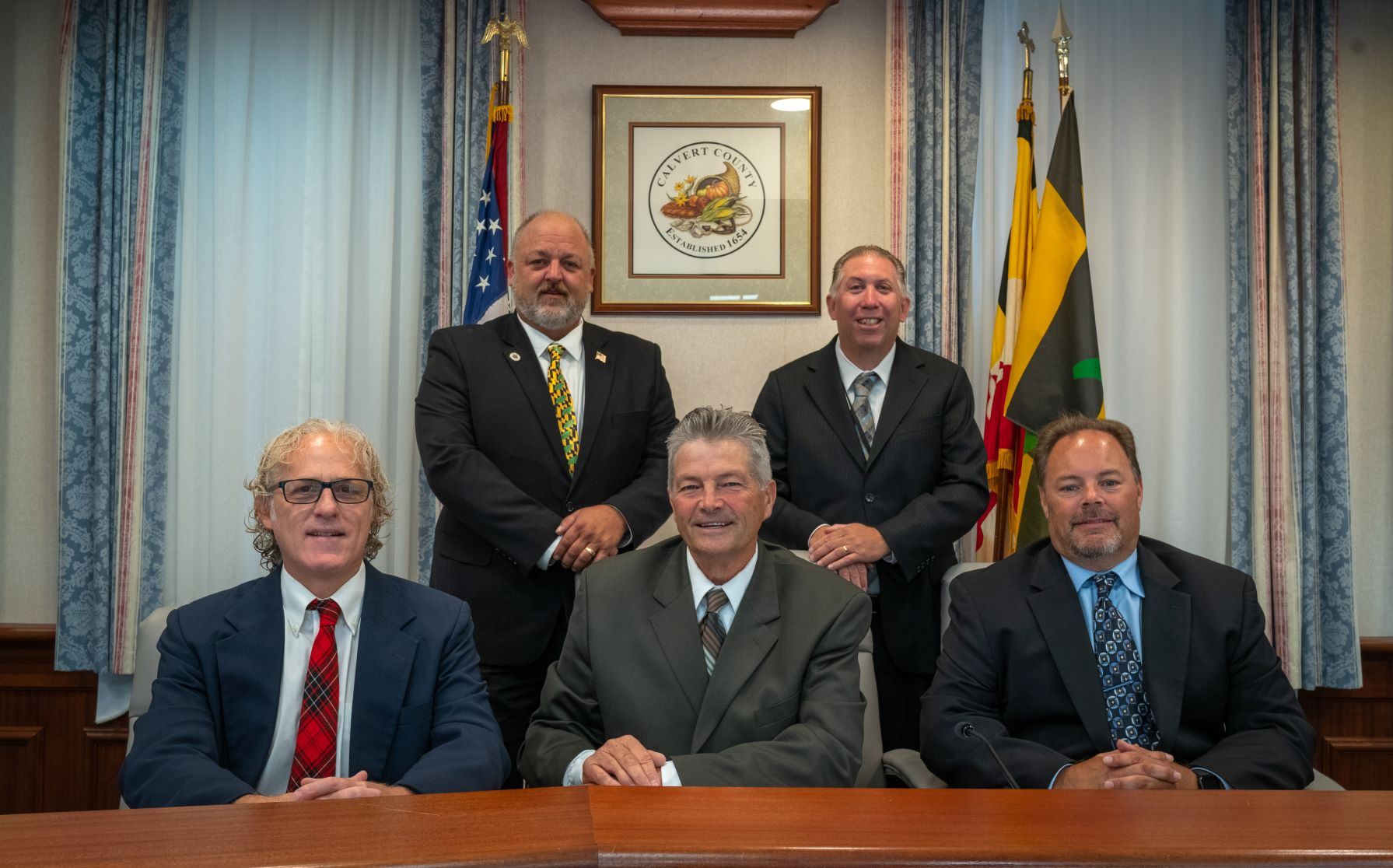 Meetings
Board of County Commissioners meetings are held Tuesdays at 10 a.m. in the Commissioners’ Hearing Room, located in the Calvert County Circuit Courthouse at 175 Main Street in Prince Frederick.

Meetings are open to the public and generally last the business day. In addition, the board holds evening meetings when necessary. The time and place of evening meetings are advertised in the local Calvert County newspapers. An agenda for the weekly meeting is published the Thursday prior to the Tuesday meeting.

The weekly Board of County Commissioners meetings can be viewed live in the Meetings on Demand section of the online Media Center. Here you can also find an archive of meeting agendas, meeting minutes, and video recordings of past meetings.

The officers of the Board, president and vice president, are elected each December by a majority vote of the members of the board.