During the week of March 16 - March 22, deputies of the Calvert County Sheriff’s Office responded to 1,035 calls for service throughout the county.

On March 16, 2020, Corporal O’Donnell took a report of damaged property on Calvert Towne Drive in Prince Frederick. The complainant advised that between 10:50 p.m. on March 15, and 11:00 a.m. on March 16, an unknown suspect(s) keyed the driver’s side of his vehicle and poured an unknown liquid on the driver’s side door. The value of damaged property is $200.

On March 19, 2020, Deputy Kwitowski took a report of damaged property on North Solomons Island Road in Prince Frederick. The complainant advised that between March 14 and March 19, an unknown suspect(s) tampered with a traffic sign board, damaging and removing two locks on the control compartment. The value of damaged property is $10.

On March 20, 2020 Deputy Hardy took a report of damaged property at Harris Teeter in Dunkirk. The complainant advised that between 9:45 a.m. and 10:30 a.m., an unknown suspect(s) damaged his vehicle while parked in the parking lot, leaving various black scuff marks on the hood. The value of damaged property is $600.

On March 19, 2020, Deputy Callison took a report of a theft that occurred on Curve Lane in Lusby. The complainant advised that an unknown suspect(s) stole an Echo PB-580H/T Backpack style leaf blower from the garage while it was unlocked. The value of stolen property is $344.

***On March 20, 2020, Deputy Durnbaugh responded to Breezy Point Marina in Chesapeake Beach for a firearms complaint. Calvert County Emergency Communications advised that a shot was fired from a mobile home in the marina. While approaching the vehicle, Deputy Durnbaugh detected the odor of marijuana.  The driver, Raymond Francis Procopio, Jr., 48, was removed from the vehicle and detained. A search of the mobile home resulted in a Browning Arms Medallion containing a spent shell casing in the chamber, as well as another live round on the passenger seat. A search of the rear living area resulted in one Henry Repeating Arms model H004AB, one Mossberg 835, one Benelli Ethos 12gauge, and one Savage Arms 12gauge. Procopio was placed under arrest and transported to the Calvert County Detention Center where he was charged with Reckless Endangerment. 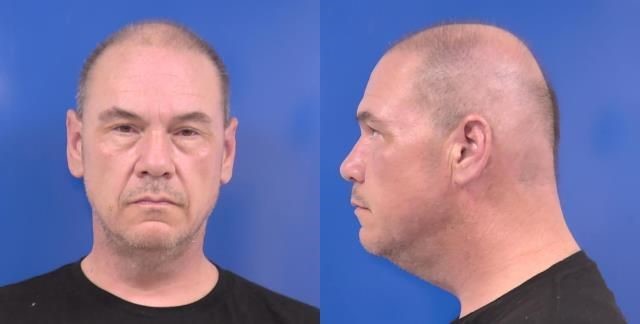 Crime Solvers offers rewards of up to $1,000 for information that leads to the arrest or indictment of a person involved in criminal activity.